After the great success of Kärcher cleaning centers at the last five Dakar Rallies, the cleaning specialist will be an official supplier to the rally next year, too. Global market leader Kärcher will ensure that vehicles are kept clean by erecting cleaning stations with extra powerful professional pressure washers. All teams will be able to have their vehicles cleaned thoroughly with pressure washers before they are prepared overnight to hit the road the next day. 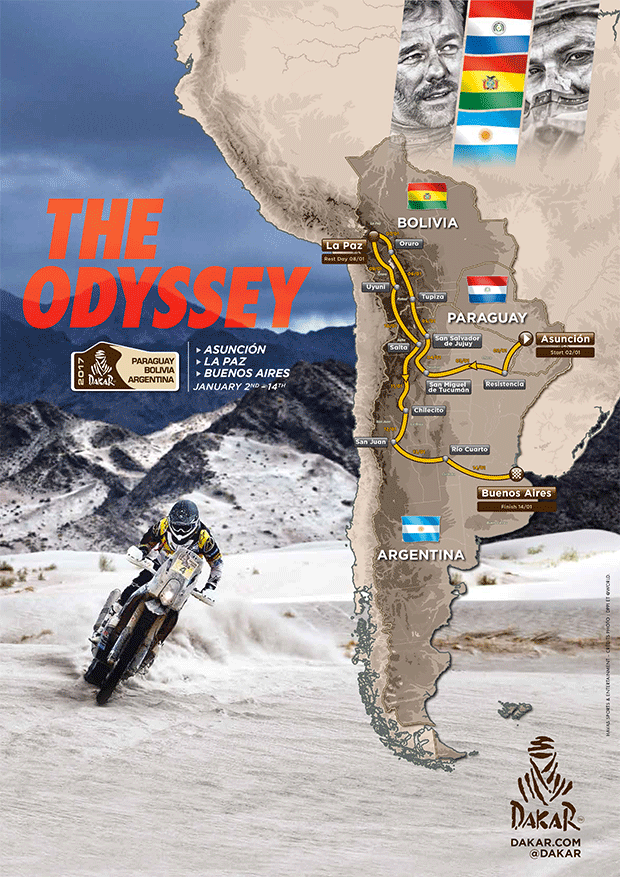 The service was highly appreciated during the Dakar Rally in 2016. An over 9,000 kilometre rally in 13 stages through Argentina and Bolivia, from Buenos Aires to Rosario. The traditional Dakar Rally, which has been held in South America since 2009, pushes man and machine to the limits. In order to meet the challenge, Kärcher, as official equipment supplier, has provided technical support to all participants for the past five years. In two overnight camps (Salta, Argentina and Uyuni, Bolivia) the company erected cleaning stations for the teams to wash their cars, bikes, quads and trucks to remove sand, dust and dirt.

A service that was well received: during the entire rally, more than 1,500 vehicles passed through the Kärcher stations for a thorough wash prior to maintenance. The dirty water was collected, filtered and recirculated for further cleaning.

The KTM and MINI X-Raid factory rally teams sponsored by Kärcher received a special service: their racing vehicles were thoroughly cleaned every evening in a mobile cleaning station - with visible success: the Australian KTM pilot Toby Price won in the bike category; last year's winner Nasser Al-Attiyah came second with his mini in the car category.