Only the Facade Clean Trailer was successful in removing every inch of the dirt. This machine uses an air stream to which spray agent can be added in a precisely regulated dose. Adding water at the spray nozzle prevents the development of dust. The technical equipment consists of a compressor and water pump, both of which are driven by a diesel engine. The machine also features a blasting device with pressure chamber. All of the engines are stored compactly on a vehicle trailer. 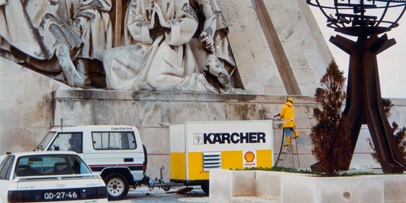 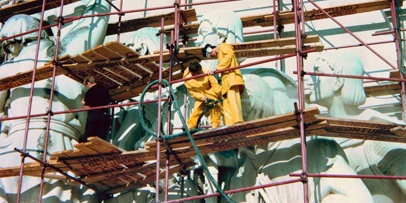 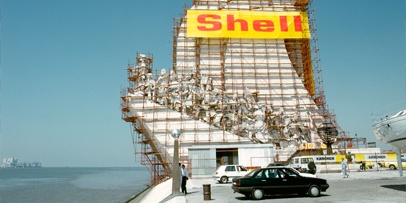