"Up to now we mainly had larger machines, which are used, e.g., after natural catastrophes in crisis areas. The need for smaller machines for water treatment initially emerged in the Asian market in order to bring about a lasting improvement to the quality of the drinking water in individual households. This was how we got around to using these products also within the framework of our commitment to improving the water quality in poorer countries", remembers Carolin Häfner, Corporate Citizenship Specialist at Kärcher. For nine years she has been in charge of various projects on water in cooperation with the Global Nature Fund (GNF), together the "Clean Water for the World" initiative was founded in 2012.

In cooperation with the local communities constructed wetlands, so-called green filter systems, were built in countries such as Columbia, Mexico and Jordan for the ecological treatment of wastewater. Since 2019 funds have also been injected into the construction of drinking water wells. Now with the water treatment system WPC 120 UF for the first time a Kärcher product and thus also technical know-how and expertise have been integrated in order to address the topic of water in a holistic way – in Burundi, Central Africa. A première which posed new challenges for Carolin Häfner: "Normally the selection of the projects that we support financially is agreed in a small group with the GNF. Now for the first time colleagues from Product Management and Application Engineering were also involved. In addition, we had to deal with the logistics and how we could put the system in Burundi into operation." 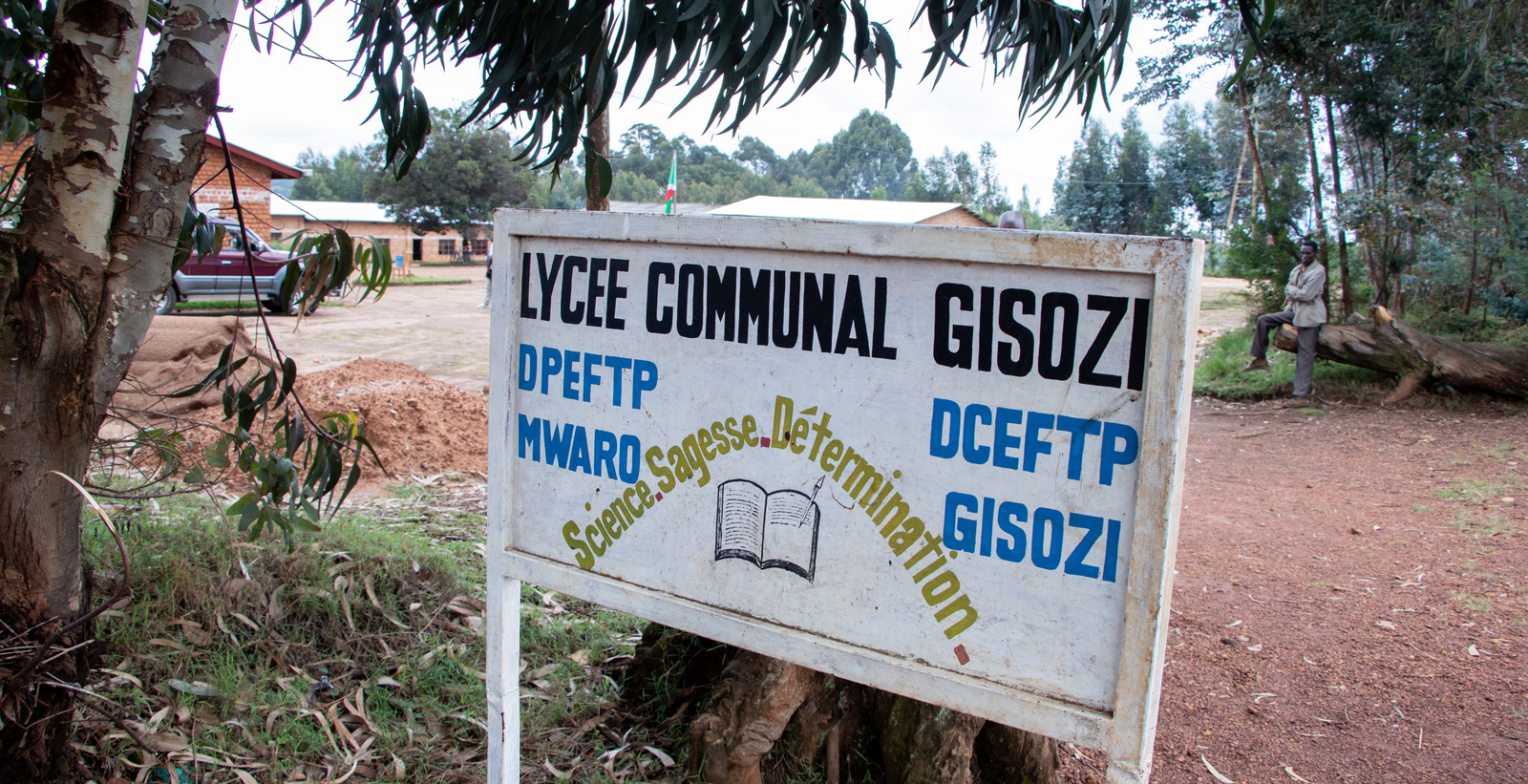 The secondary school in the central Burundian district of Gisozi in the province of Mwaro fitted the bill perfectly for the pilot project. Water infrastructure with gutters and a 5,000 litre rainwater tank was completed here recently. The water collected there is filtered and pumped to a public hand-washing site with eight taps. Also at two toilet blocks - one for boys and one for girls - two taps each were fitted and connected to the water supply.

In November 2021 the Kärcher water treatment system WPC 120 UF was installed in order to improve the quality of the drinking water. The system does not need electricity to function - a fundamental requirement in countries such as Burundi where energy supply is not extensive. The four-stage filter system, comprising particle filter, active carbon filter and ultra-filtration membrane, removes germs, chlorine, heavy metals and other residues while leaving the minerals in the water. The system functions using pressure, requiring 1.5 bar. The water tank must be accordingly high, approximately 15 metres, so that this pressure can build up.

In a cooperative venture between the GNF and Kärcher since 2018 in Burundi a total of three drinking water projects have been realised in different schools, and a green filter system for wastewater treatment has been installed in a girls' boarding school. Thies Geertz knows only too well what a reliable water supply can mean for people in poorer regions of the world. He works at the GNF and for many years has been working closely with the non-governmental organisation (NGO) Biraturaba in Burundi and also acted as a facilitator for the pilot project on water treatment.

The biologist generally receives the impressions from Eddy Gahungu, who works at Biraturaba. Being responsible for the local organisation in Gisozi, he knows the people there and knows all too well the conditions the approximately 250 schoolgirls and 150 schoolboys live in. He is in regular contact with them, the teachers as well as the other employees of the school, in order to discuss possible improvements. The NGO employee highlights how important the project is for the facility: "The water project improves the sanitary facilities and therefore the living conditions and learning environment of the schoolchildren enormously", he explains.

This small landlocked nation in East Africa is a tormented country in many ways: For decades, it has experienced the political instability of civil war, coup attempts and corruption. Almost half of the 12 million inhabitants live in hunger, and the Global Hunger Index by aid agency Welthungerhilfe even classifies Burundi as the poorest nation on Earth. Time and time again, various organisations report crimes against humanity. Further to this, the impact of climate change is easy to see in East Africa, also in Burundi. Around 100,000 people are already thought to have fled their homes because progressive floods are destroying the crops more and more often. 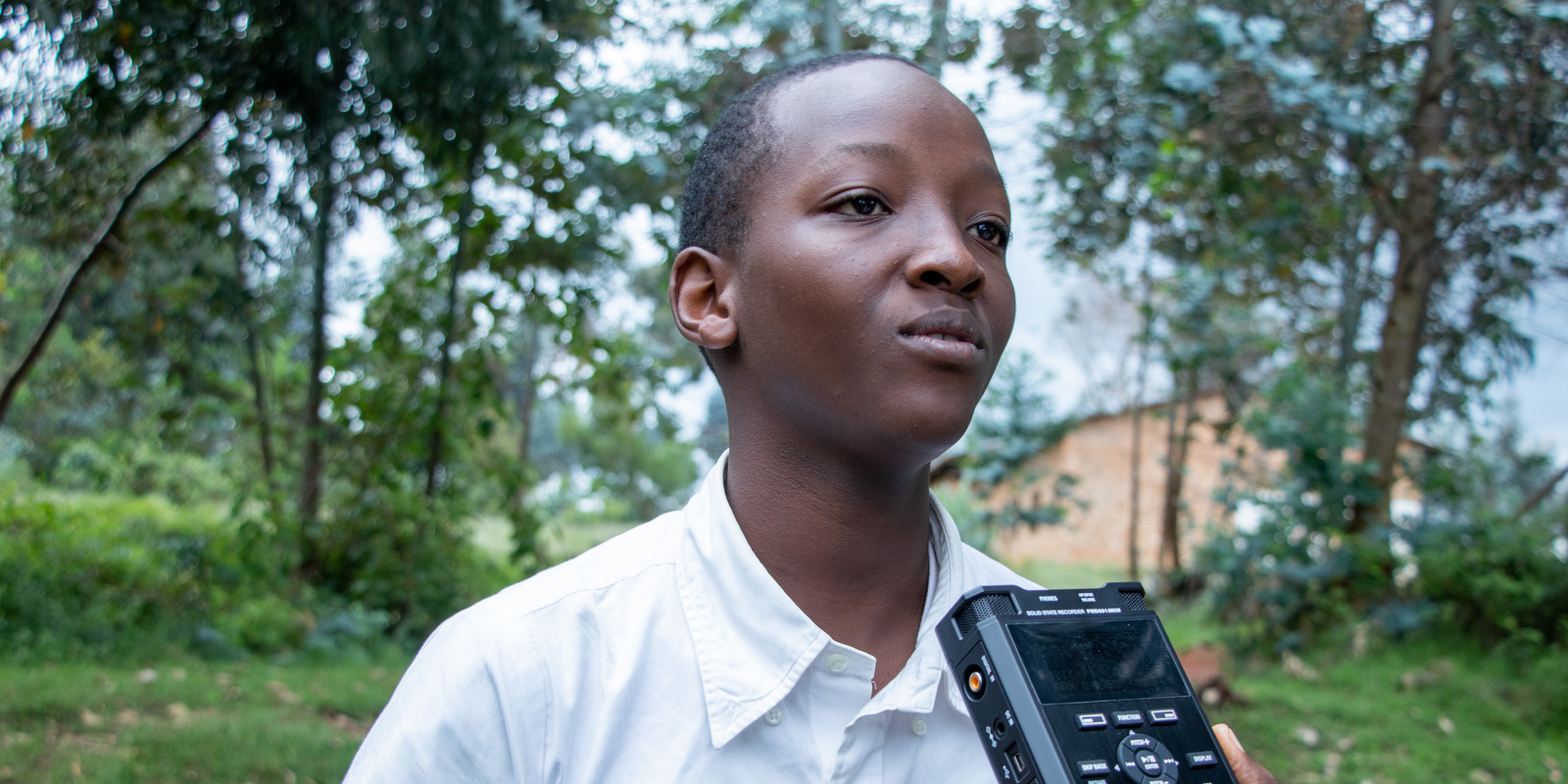 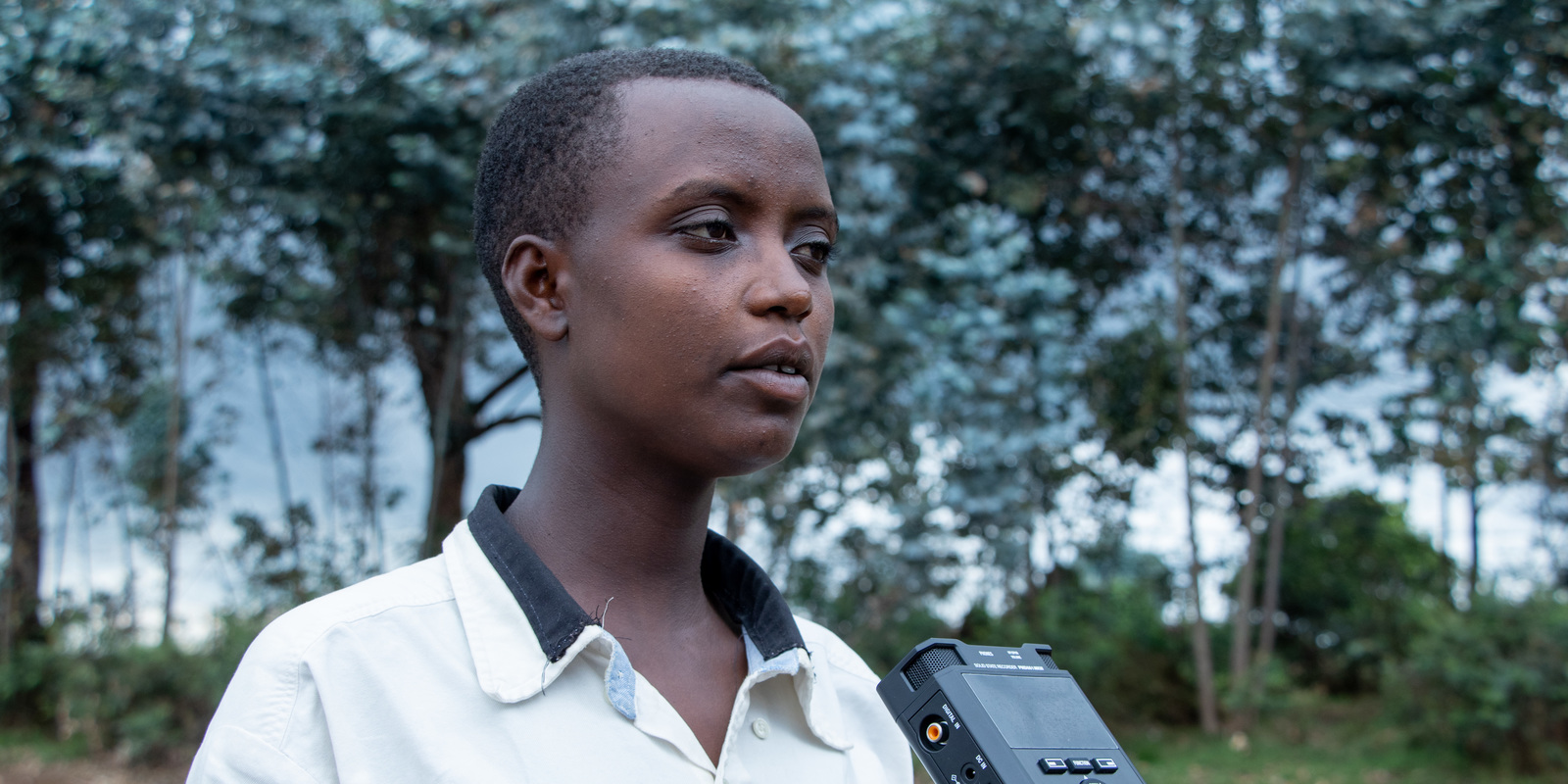 His classmate Nadine Niragira, who has also been attending the school for four years, is just as enthusiastic about the result of the project. "This water really has changed my life. We used to have to form a queue at the little river where we went to collect water. Now, we have no trouble getting hold of clean drinking water, without having to walk long distances." In order to not have to walk these long distances alone, Jean Bosco Manirakunda, the President of the school, even employed water collectors. "But now we don't need them any more, because we have the water on tap in our own school," he explains. Thanks to the project, good hygiene and fully working sanitary facilities in classrooms and toilets are the new normal at the school. In her school the students can finally concentrate on the essentials - or, as Nadine Niragira describes it: "My goal here is to learn – not to collect water."

In order that it is also primarily about education in the future, the school administration and Biraturaba are taking further precautions because water shortage is a problem that not only affects schools. "In the entire district there is no water line and the inhabitants use water from wells or rainwater", says Jean Bosco Habarugira, an engineer who works for Biraturaba. Of the 24 schools in the Gisozi district only three of them have a water supply. "We are in contact with the GNF and other partners to create water connections so that these schools can also be supplied with clean water", adds Eddy Gahungu, who is responsible for monitoring and controlling the Kärcher water project.

And this is also necessary because unknown perpetrators partly damaged the tank on a single night, adds the principal. "After the incident Biraturaba fenced off the area around the tank and fitted a gate with a padlock. The school hired a security guard in order to protect the expensive infrastructure and the entire school", reports Manirakunda. In future the school itself will look after the management, protection and maintenance of the water systems, but will remain in close contact with the NGO. The aim is to ensure that the school which was founded in 1993 continues to develop and the teaching can take centre stage, explains the principal.

Carolin Häfner also understands the joy of the 400 girls and boys of the school. Over a year after the start of the project in Germany she now sees the images of the happy faces in Burundi. Many findings and experiences from the project can be found behind her. "When you sit here in an office, you have no idea of the effort behind the scenes. I have learned that a great deal of preliminary work and coordination are required." Looking at the photos she knows that it has more than paid off. "If you say to a young person here: 'Hurray, we have a new sink!', he will look at you blankly. The people in Burundi experience a completely different feeling because for them it is much more important. And that is precisely why I do this job."

After the successful pilot project Kärcher is now planning on providing further water treatment systems in Burundi and other countries. 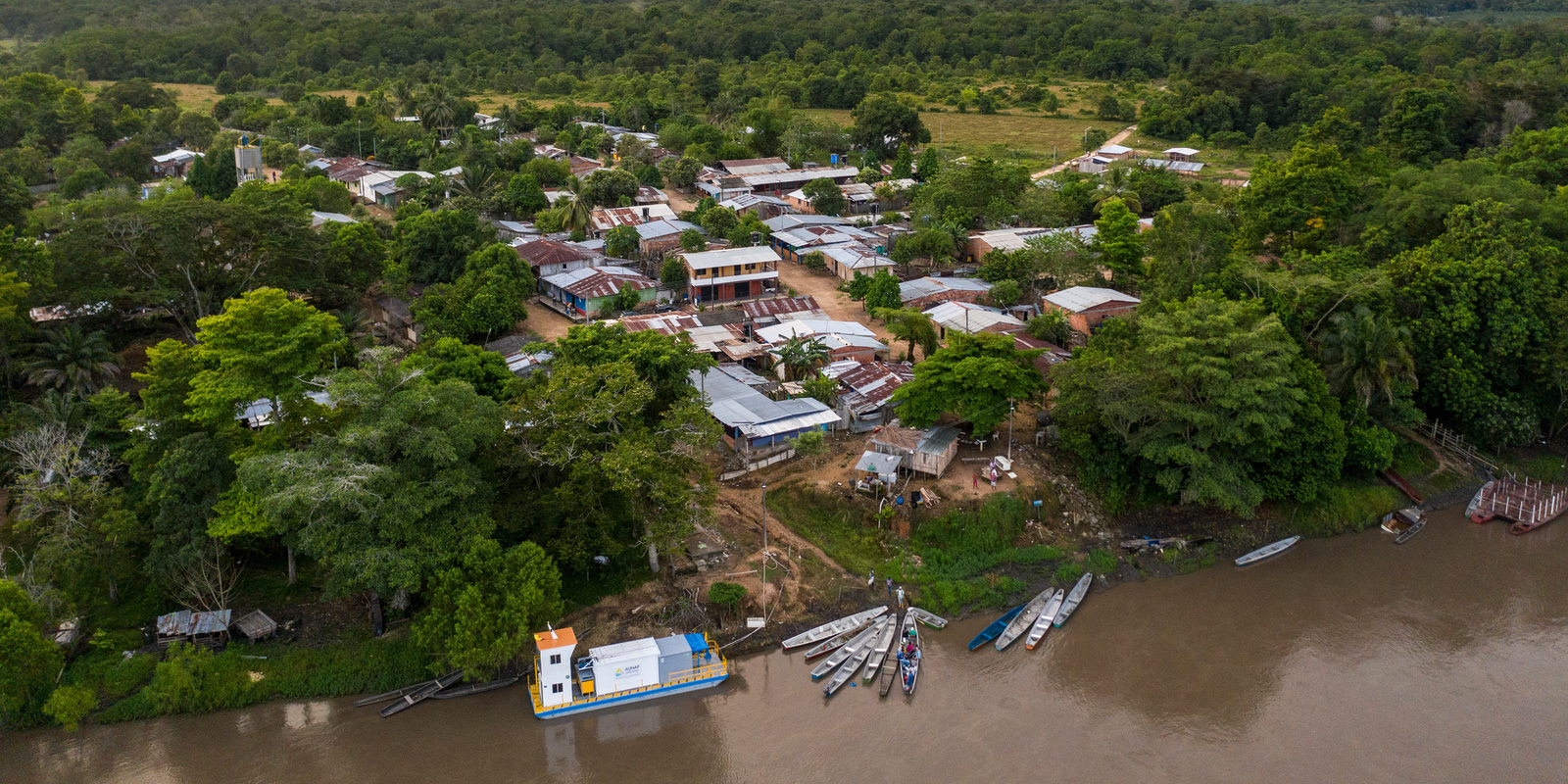 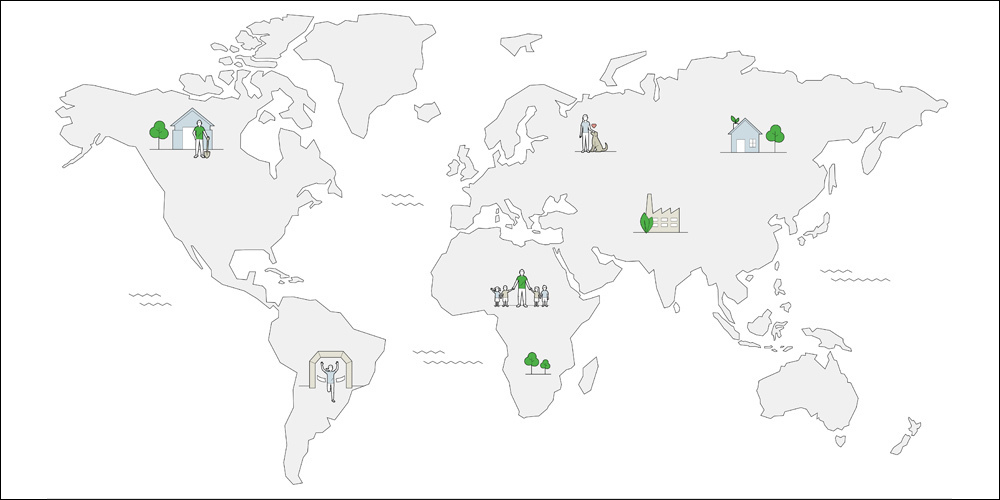 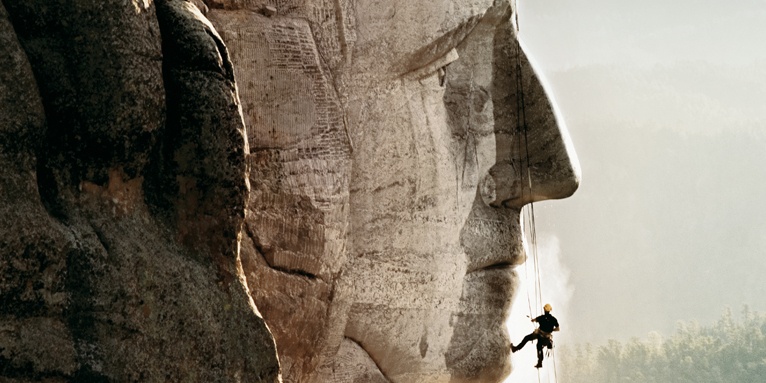