Queen of the Wine Cellar

Since the Middle Ages, vines for premium red wines have been ripening on the slopes of the La Braccesca vineyard under the blazing Italian sun, which was in ample supply last summer. Today, the grapes mature under the watchful eye of oenologist Fiamma Cecchieri, who always has plenty to do at the winery.

It’s an extraordinarily beautiful morning. The mellow light is slowly spreading over the vineyard and the mist lies like a delicate veil over the slopes. The sun is shining discreetly in the background – unlike during the summer just gone, referred to as the “summer of the century”, when the exceptionally hot weather helped the grapes to mature.

Fiamma Cecchieri is contemplating this idyllic autumn scene. For her, this is the best time of the year. For the first time since the grape harvest, things have settled down again at La Braccesca. The picturesque vineyard is located in the south of Tuscany in one of the best wine regions of Italy, half an hour away from the medieval towns of Montepulcianoand Cortona.

Fiamma is an oenologist and is the cellar master for the long-standing, traditional estate, which cultivates vines for exquisite red wines on its historic slopes. “After the harvest, it feels like you have got to the top of a mountain and you can stop and enjoy the magnificent view,” says the 29-year-old as she opens the door to the winery.

Most of Fiamma’s time is spent in the cellars with the large stainless steel tanks or in the “barriccaia”, the barrique cellar where the fine wines mature in oak barrels. First thing in the morning, she checks the condition of the youngest wines in filled tanks.

Fiamma tastes each sample, evaluates her analyses and decides how to proceed. The expert has quickly gained respect in the male-dominated winegrowing world. In fact, her colleagues Matteo and Leonardo – who are currently decanting a tank – jokingly call her the queen of the cellar. 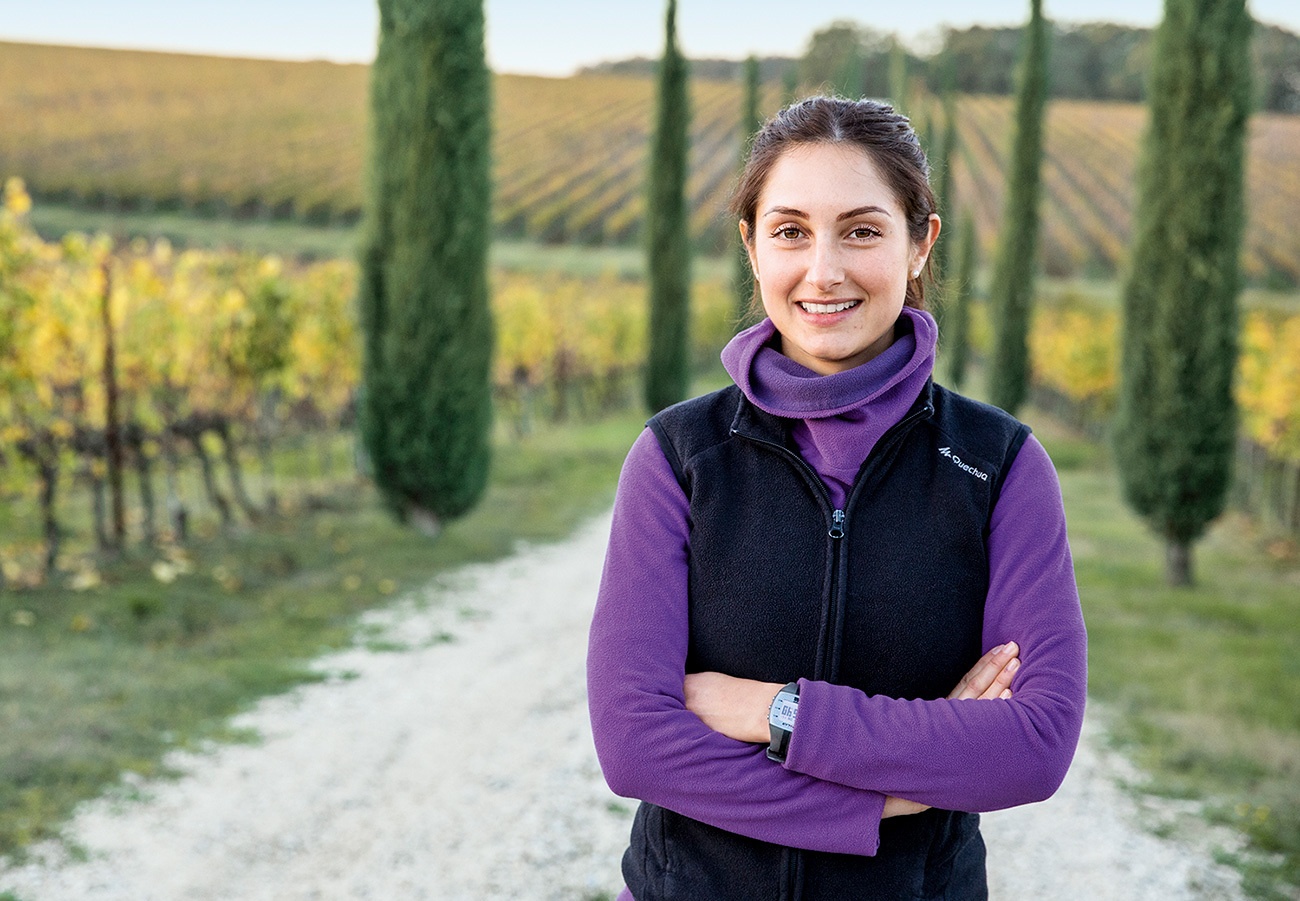 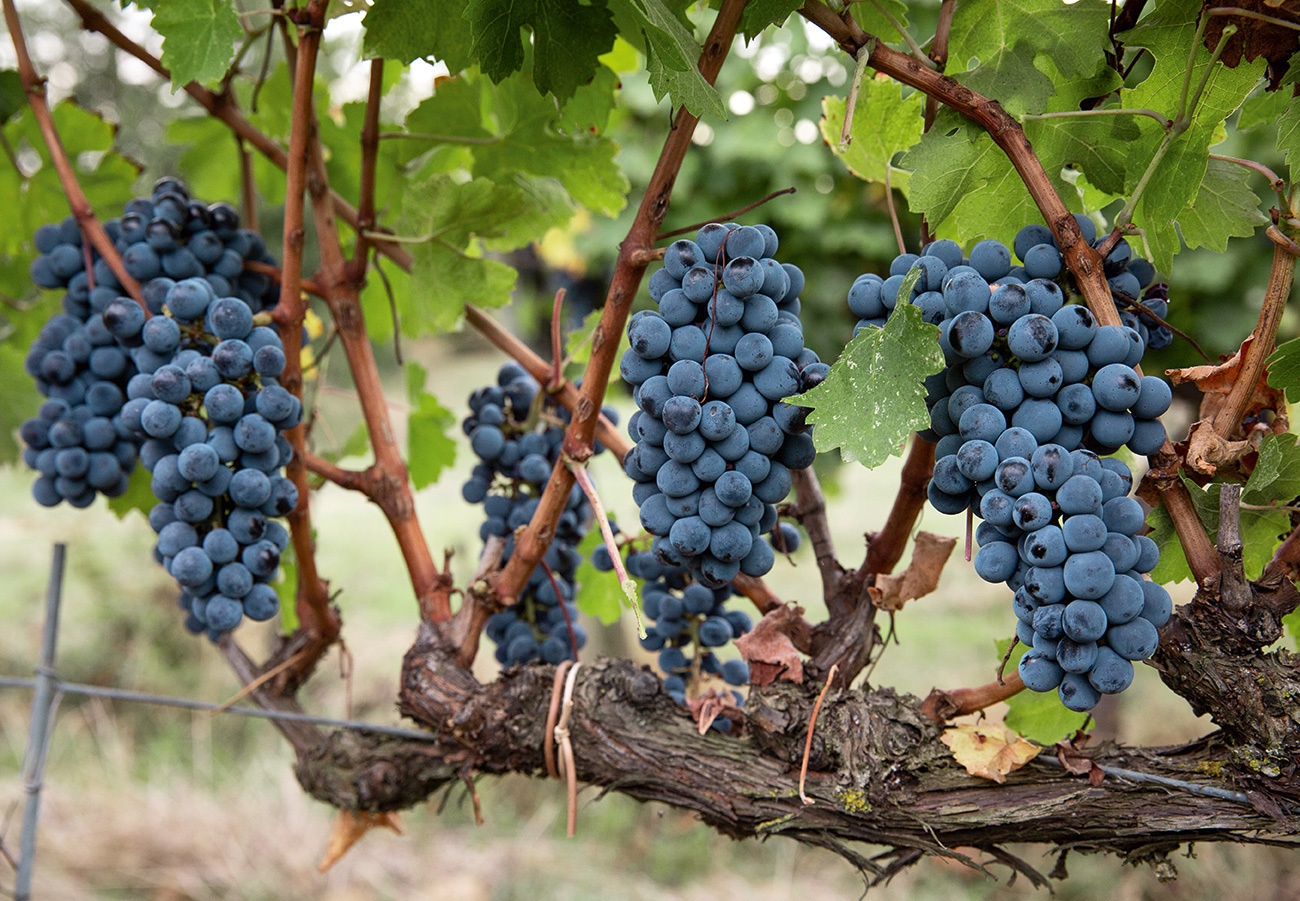 In Italy, strict rules apply to winemaking. Only premium products from certain areas of cultivation with permissible grape varieties can obtain a DOC or the even more prestigious DOCG label. La Braccesca is unique in this respect as the estate produces premium wines in two designated regions of provenance which, despite being so close together, are completely different.

Wine has been cultivated here since the Middle Ages. The former core area of the estate stretches over more than a hundred hectares to Montepulciano. The Tuscan slopes produce Vino Nobile di Montepulciano from the traditional Sangiovese grape variety. This wine has the coveted DOCG classification and is probably so named because an erstwhile pope is said to have reserved the “noble wine” for himself.

In the area around Cortona, the vineyard cultivates Syrah, an aromatic variety that is not native to this area. By planting international vines on Italian hills, La Braccesca is able to produce a premium wine with a unique quality.

In the winery, Fiamma refines and shapes the characteristics of the fruit with great care. “This is the only way that I can apply my passion for wine and make a difference,” says the native Florentine. She studied viticulture for five years at universities in Florence and Asti. But degusting, the act of tasting and “feeling” wine, is not a skill that can be acquired at university. Fiamma laughs. You can only learn that through tireless tasting.

After her studies, she sharpened her senses in New Zealand and on estates in Italy, for example in the area of origin of Chianti Classico. Passion, however, has to be in your blood. Her grandfather made wine in the Montepulciano region. As a young girl, she was fascinated by the labels on the bottles, which she copied with great care. Nowadays she does CrossFit or goes skiing in her spare time – if she is not busy visiting other vineyards, like last week in Lombardy.

When fresh grapes are unloaded, things get hectic. The first few hours are extremely important and influence all subsequent processes. Special oak barrels, the barriques and the big oaks, play a fundamental role. La Braccesca, which has belonged to the Antinori family – one of the oldest winegrowing families in the world – for almost 30 years, uses French oak barrels for Syrah and Hungarian oak for Sangiovese.

In addition to the origin, the size and age of the barrels also affect the style and taste of the wines. Above all, however, the oak must be carefully cleaned to prevent harmful microorganisms from disrupting the sensitive maturation process of the wines. 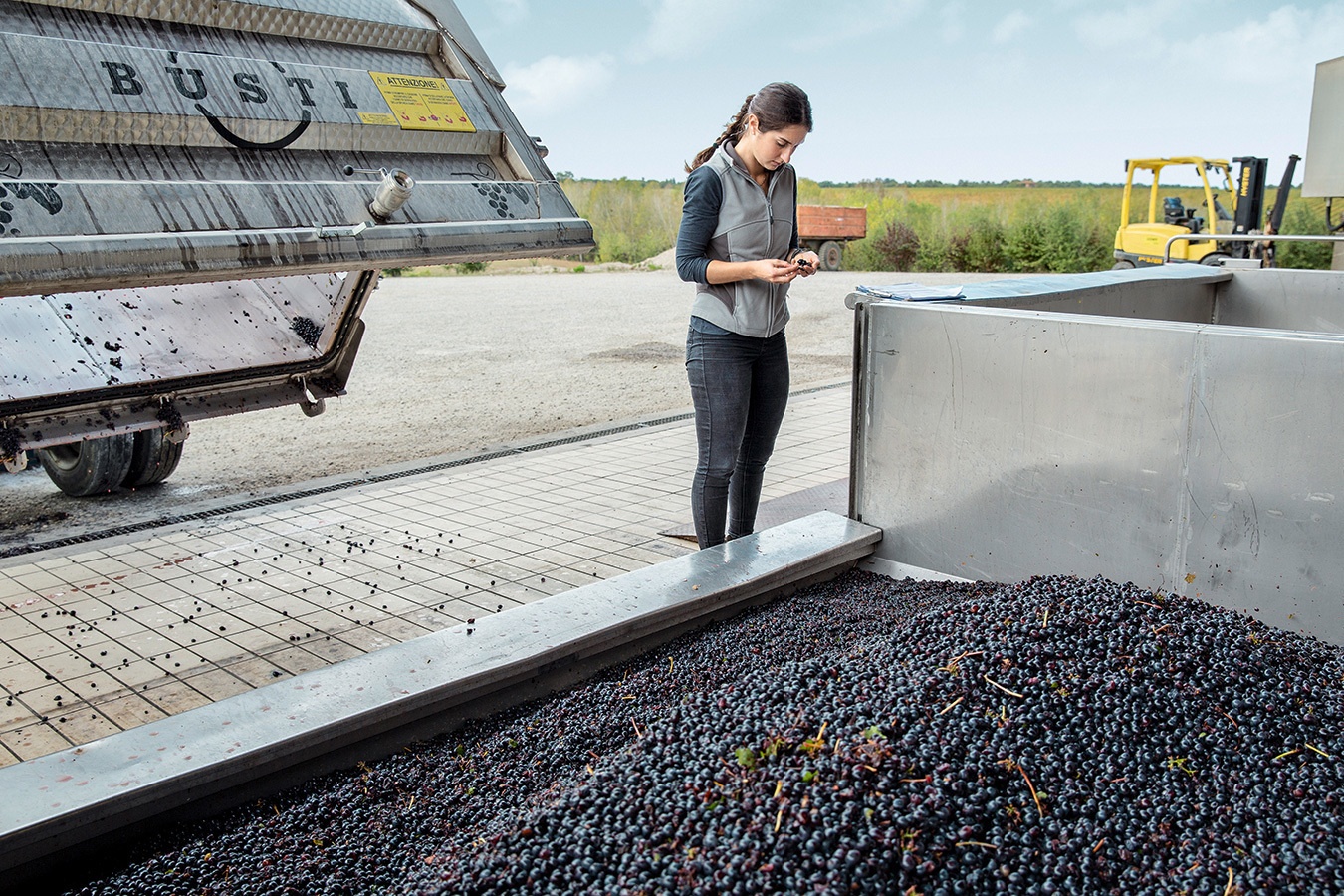 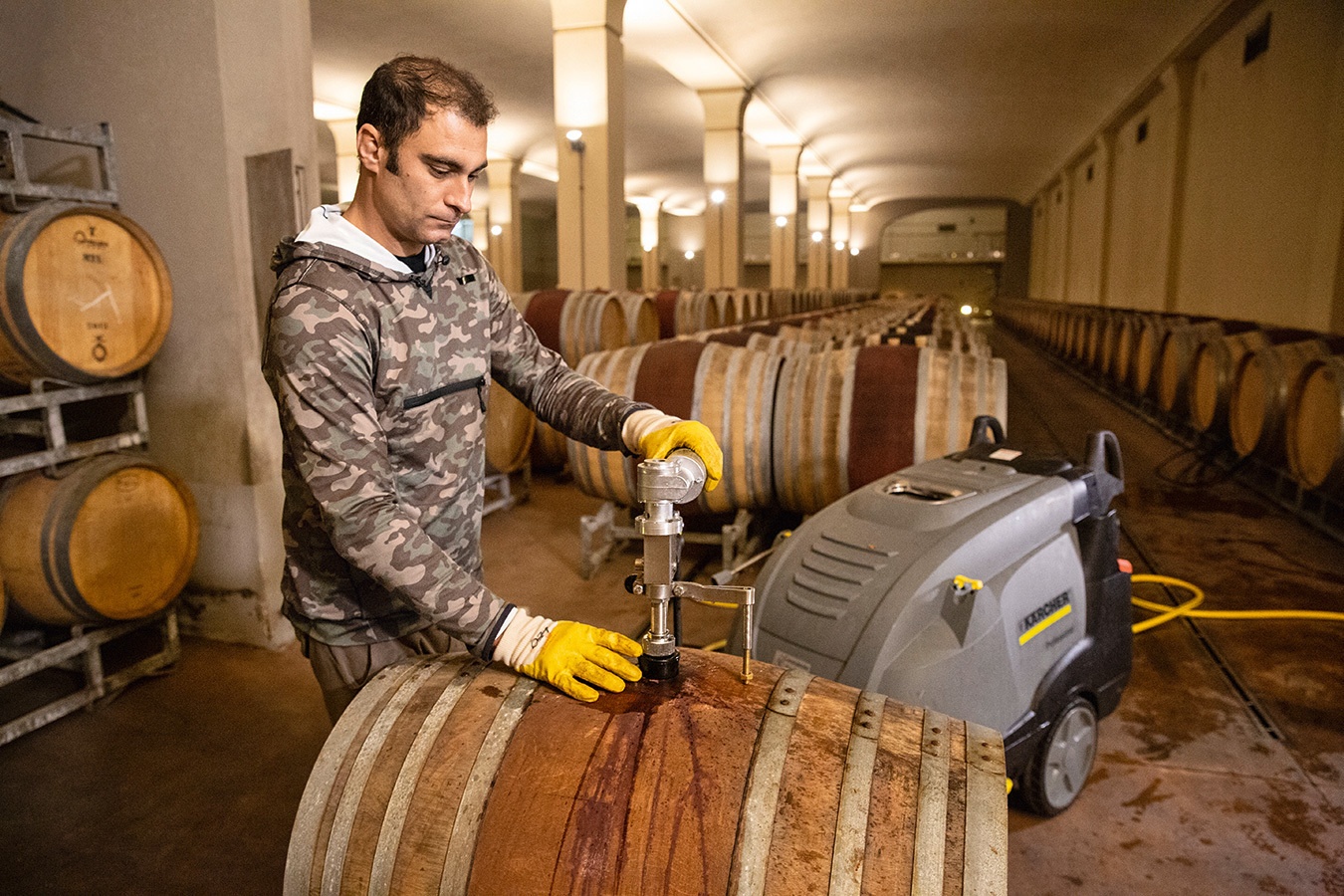 It is cool inside the spacious barriccaia cellar and the humidity is regulated automatically. The Vino Nobile spends the longest amount of time in the wooden barrels. It is only decanted into bottles after a year, after which it ages for another twelve months in the cellar. The longer aged variant, labelled with the suffix “Riserva”, is left to age for at least 24 months.

The choice of oak is very important to maintain the Tuscan character of the wines: “it should speak for itself.” Fiamma says. “Ruby red and balanced, the premium wines from the last harvest will only retain a faint note of oak when they are enjoyed in about two or three years’ time, once they have matured in the tranquillity of the cellar.” Fiamma, meanwhile, is also enjoying a moment of tranquillity as the Tuscan evening sun sets and she makes her way home.

Cleaning plays an important role in wine production. All transport containers and tanks that come into contact with the grapes or the wine must be absolutely free of particles and residues. At La Braccesca, this is ensured by using hot- and cold-water high-pressure cleaners with special accessories, such as the barrel cleaner. The vineyard’s hospitality area is used for welcoming customers and hosting wine tastings. The staff use a Kärcher scrubber drier to ensure a neat and clean appearance. 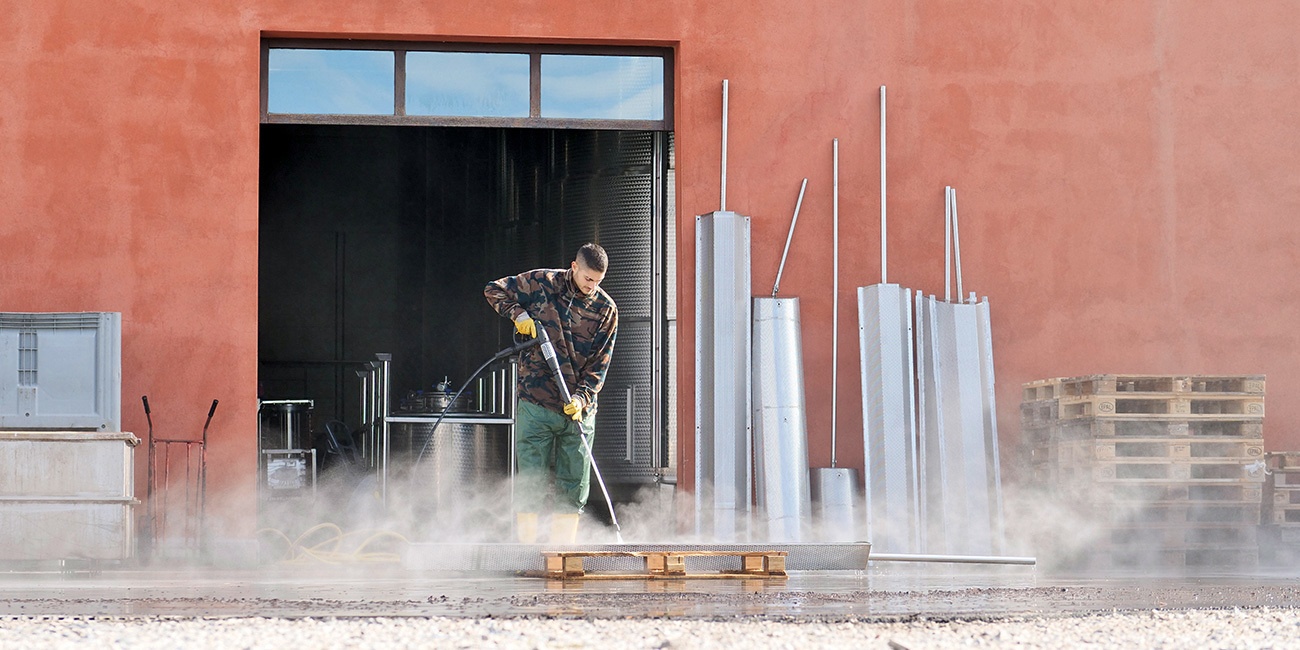 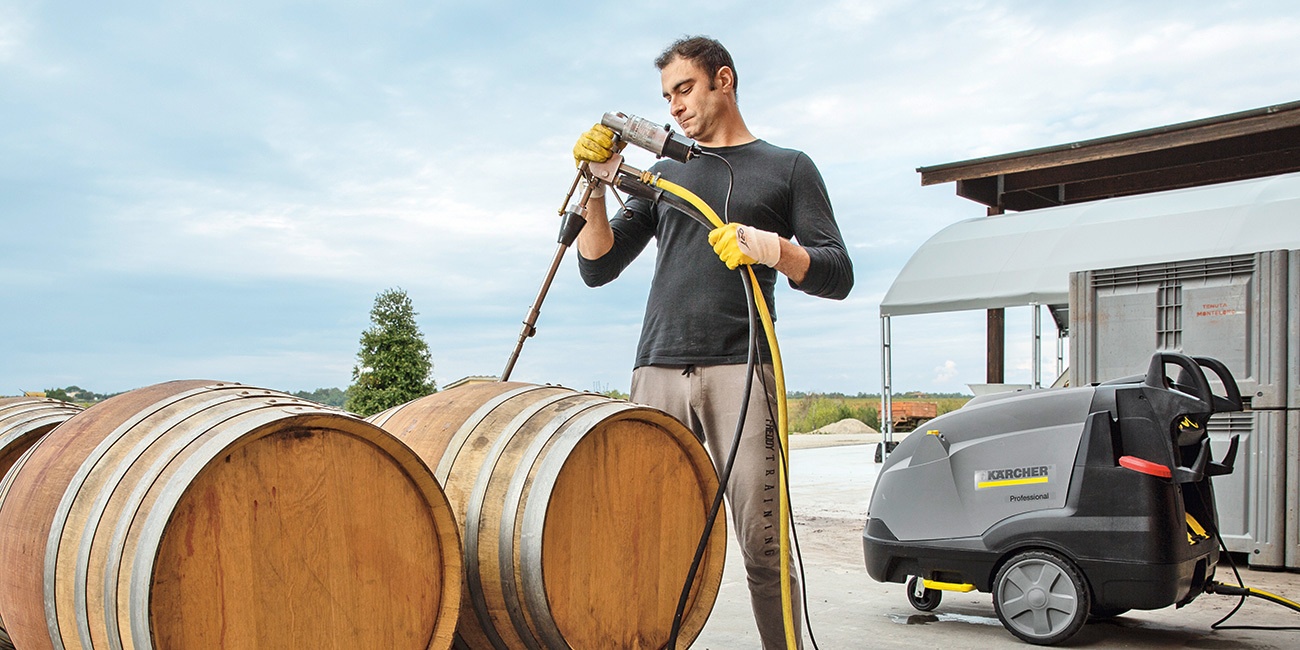 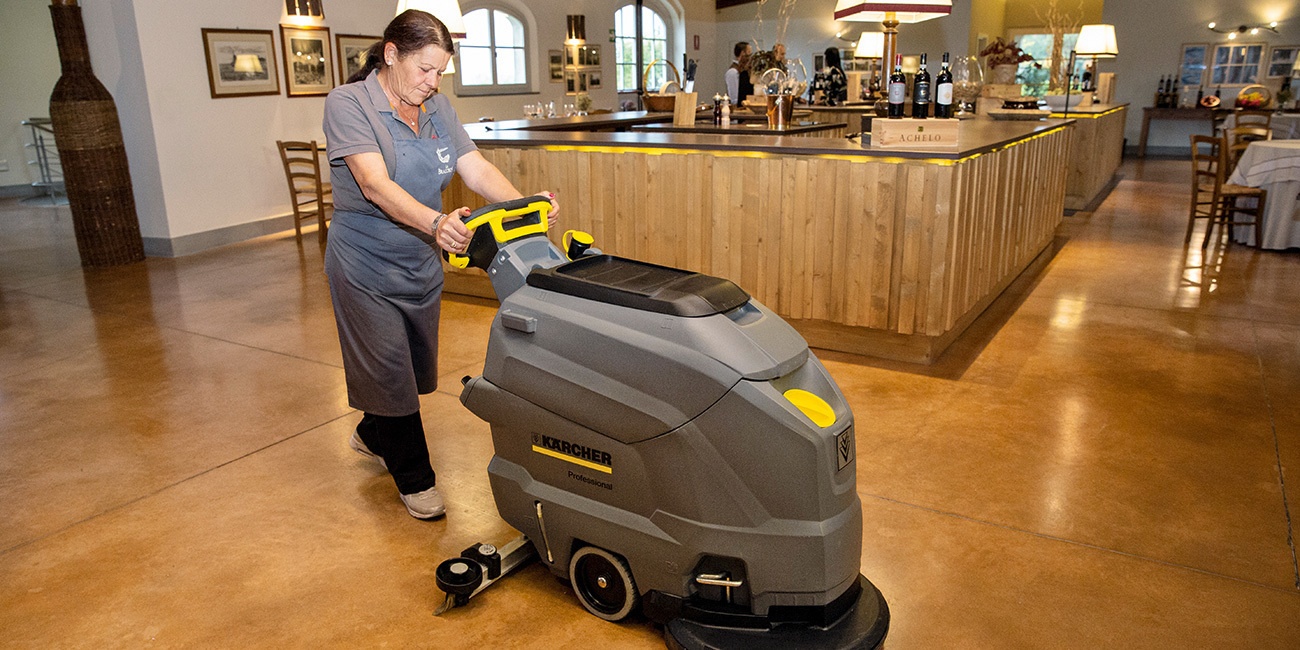 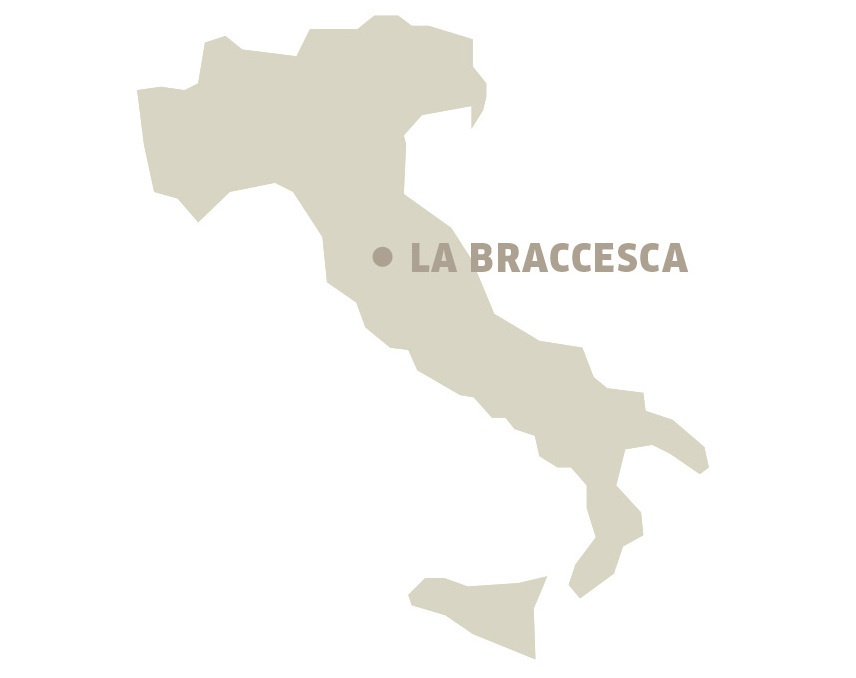