Hydropower as an instrument. The power of water has been used by mankind since ancient times. Hydropower has powered mills and lifted heavy loads. Hydropower is an important regenerative energy source. But water can be much more.

The revolutionary idea of using the mechanical effects of running water to clean with a huge pressure formed the foundation of Woma in 1962. Since then, this idea has become the driving force behind the company.

As part of the Kärcher Group, Woma provides a comprehensive worldwide dealer and service network.

For over 50 years, our engineers have always deeply absorbed in the fascinating possibilities of hydropower. This has made us a leading manufacturer of high-pressure water jet technology.

A member of the Kärcher Group since 2011, we develop and manufacture customised solutions for all sectors of industry and commerce. Our products excel in terms of quality, reliability and economic efficiency and our service network ensures that you always have a contact person at your disposal - at any time, anywhere in the world.

The Woma-technique is applicable to many branches of industry for the cleaning and preparation of surfaces, such as the removal of all types of coatings and rust. Other applications are emission-free disinfection and selective concrete removal.

Woma-cutting tools enjoy an excellent reputation in the construction and demolition industry. The tools are used in the cutting of reinforced concrete, steel or ceramic and are suitable for use at the construction site. In addition, the tools can be applied to the simple dismantling of containers, steel structures and buildings. Woma cutting tools do not generate heat at the cutting edge, are dust-free and produce low vibration.

Woma systems today are indispensable when it comes to cleaning within the chemical and manufacturing industries. Our systems effortlesslyremove varnish and paint from containers, resin and caked debris without leaving residue behind. Woma tools are certified as extremely safe products. 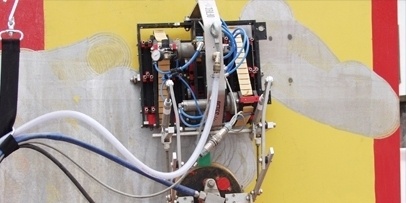 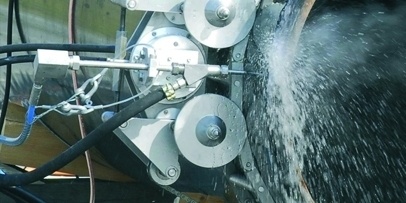 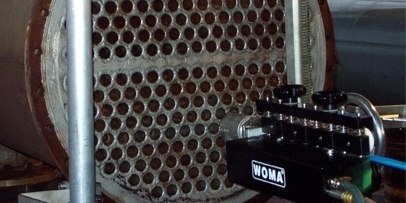 The Ecomaster MK3 is a compact powerhouse for the maintenance of large buildings and industrial plants but also for many other applications in industry , construction and municipal services. Ultra - high pressure water jet unit comes as a mobile trailer with diesel drive. 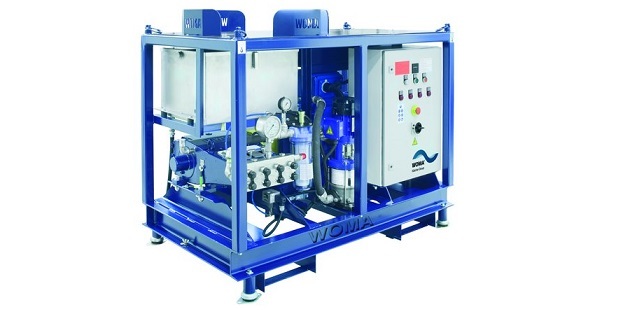 Saturday, December 20, 2014 was a special day for Urk Zeekadetkorps. After a long preparation period, the corps ship arrived in the port of Urk. The Northern Crown is a former Norwegian Fjords seaworthy vessel, which was used to supply the various islands off the Norwegian coast. After that the ship years as a training vessel hazards to the Judicial Service of the Dutch government, which also explains the old Austro-color scheme of the ship. Precisely this last function of the vessel makes it ideally suited to serve for the Urk Zeekadetkorps as a platform, through the ample accommodation and facilities on the ship.

Woma Netherlands along with many voluntary capacity have begun on August 21, 2015 with the renovation of the Northern Crown. Thanks to the provided equipment consisting of a Ecomaster MK3 and EcoCold 500/30 Classic ship within the shortest times stripped of its coating. 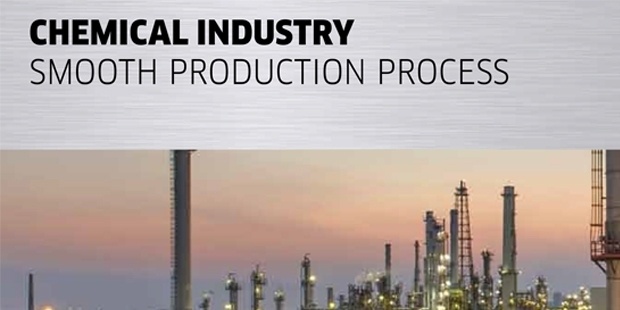 Download our Chemical Industry Brochure to find out more: 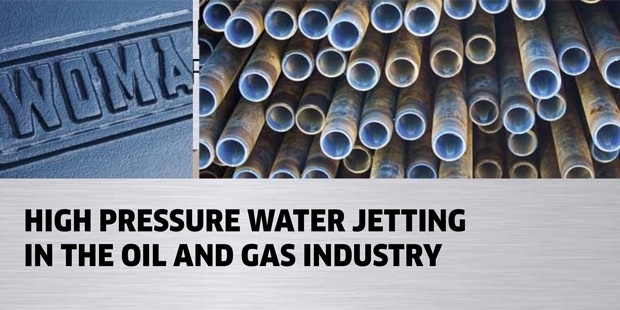 Download our Oil and Gas Industry Brochure to find out more: