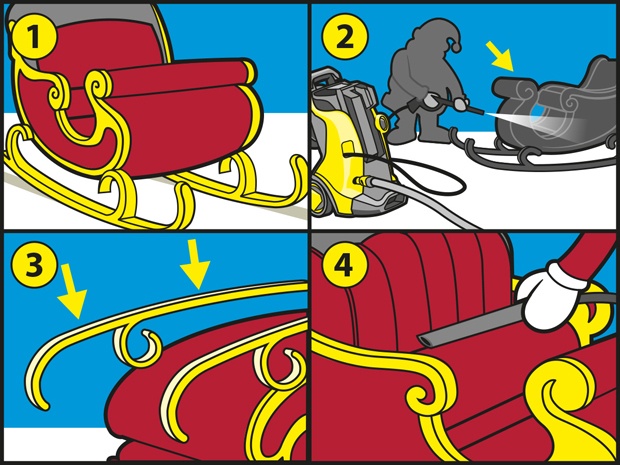 In France, Christmas is celebrated on a large scale. In some parts of the country, there is the custom to eat 13 different desserts. In Portugal, it is traditional to take logs to the main square in towns or villages and light a bonfire to warm baby Jesus. In Greece, Saint Basil delivers the presents, yet only on New Year's Day, while in Russia, Grandfather Frost – accompanied by his granddaughter, Snow Maiden – puts gifts for children under the fir-tree on 31 December. Christmas is celebrated on 7 January, like in other orthodox countries.