Despite being enthusiastic amateur footballers all – even boasting a Coventry Copeswood Ladies player – the Kärcher team knows it has its work cut out, facing such a strong opposition, among them former Wales international and FA Cup Winner, David Phillips. Although in their line of work they know all about pressure (washers that is)!

But, as Kärcher UK Managing Director, Simon Keeping explains, all this fun has a serious message at heart. “Last year’s inaugural Kärcher Cup Challenge raised over £1,900 for Children In Need. If we were able to match that total, we could fund day hospice patients’ transport for a whole month plus a health care assistant for a week in the Inpatient Unit. But we’re aiming higher than that, if we could hit the £3,000 region we could fund a specialist palliative care nurse for a month.”

The Sky Blues will be led out by Coventry City’s Manager of Football in the Community, former defender David Busst. Once on the receiving end of what is considered by many to be the most horrific injury in the history of the Premier League, David suffered a stomach-turning leg injury during a match with Manchester United in 1996. Kärcher would like to express their gratitude in advance to David and all the former players supporting this event as well as our qualified local referees, Keith Godfrey, Jordan Conlon and Joseph Taylor for donating their time to this worthy cause.

Please come along and help Kärcher raise a terrific total for a fantastic local charity on Sunday 26th July. Gates open at 1:30pm for a 2:45pm kick off. Tickets cost between £2 and £5 and are available on the gate or in advance from Kärcher’s Beaumont Road site during office hours, or on sale in Castle Quay Shopping Centre this Saturday, 18th July 9am until 4pm.

Raffle tickets are already on sale for a grand raffle to be drawn at the match. You don’t have to attend to buy a ticket, so you can still help raise funds even if you can’t attend. Local and national businesses have been incredibly generous; prizes include family days out in London, Blenheim and the Cotswolds, football, cricket and rugby match day tickets, and a host of food, drink and beauty vouchers.

If you’d like to find out more, book tickets, buy raffle tickets, or make a donation, please contact Kärcher on 01295 752 000 or fundraising@karcher.co.uk. 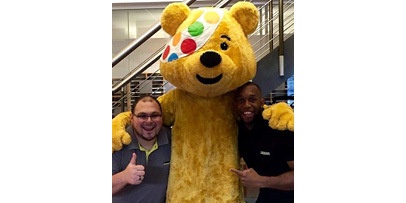 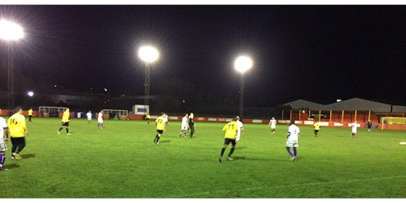 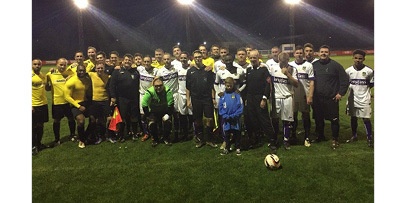