Kärcher rendered its cleaning technology to delicately restore the monument in John Paul Jones Park in New York to its lustrous beginnings.

Kärcher participated in the cleaning and restoration of the Dover Patrol Monument, located at the John Paul Jones Park in Brooklyn, New York City. Kärcher rendered its professional and environmentally sound cleaning methods and technology to delicately restore the monument to its lustrous beginnings. Additional partial support is provided by the United States World War I Centennial Commission Pritzker Fund.

“We are honored to be working with the reputable Kärcher group on this important restoration of one of Brooklyn’s most treasured monuments,” said NYC Parks Commissioner Mitchell J. Silver, FAICP. “Along with a generous donation of equipment, this project provides crucial support for our invaluable Citywide Monuments Conservation program.”

“Kärcher is committed to preserving the beauty and integrity of this historic structure for the community and for future generations,” said Nick Heyden of Kärcher Cultural Sponsoring Restorative Cleaning.

Installed in 1931, the impressive Dover Patrol monument stands at 75 feet tall and was constructed with a grey Westerly granite. Over the course of time, the granite has become soiled with biological growth such as bacteria, algae, fungi and lichen, as well as a dark grey layer of atmospheric residue, including dust, soot, and emissions. It also produces hard calcium crusts, which leach out of the mortar. 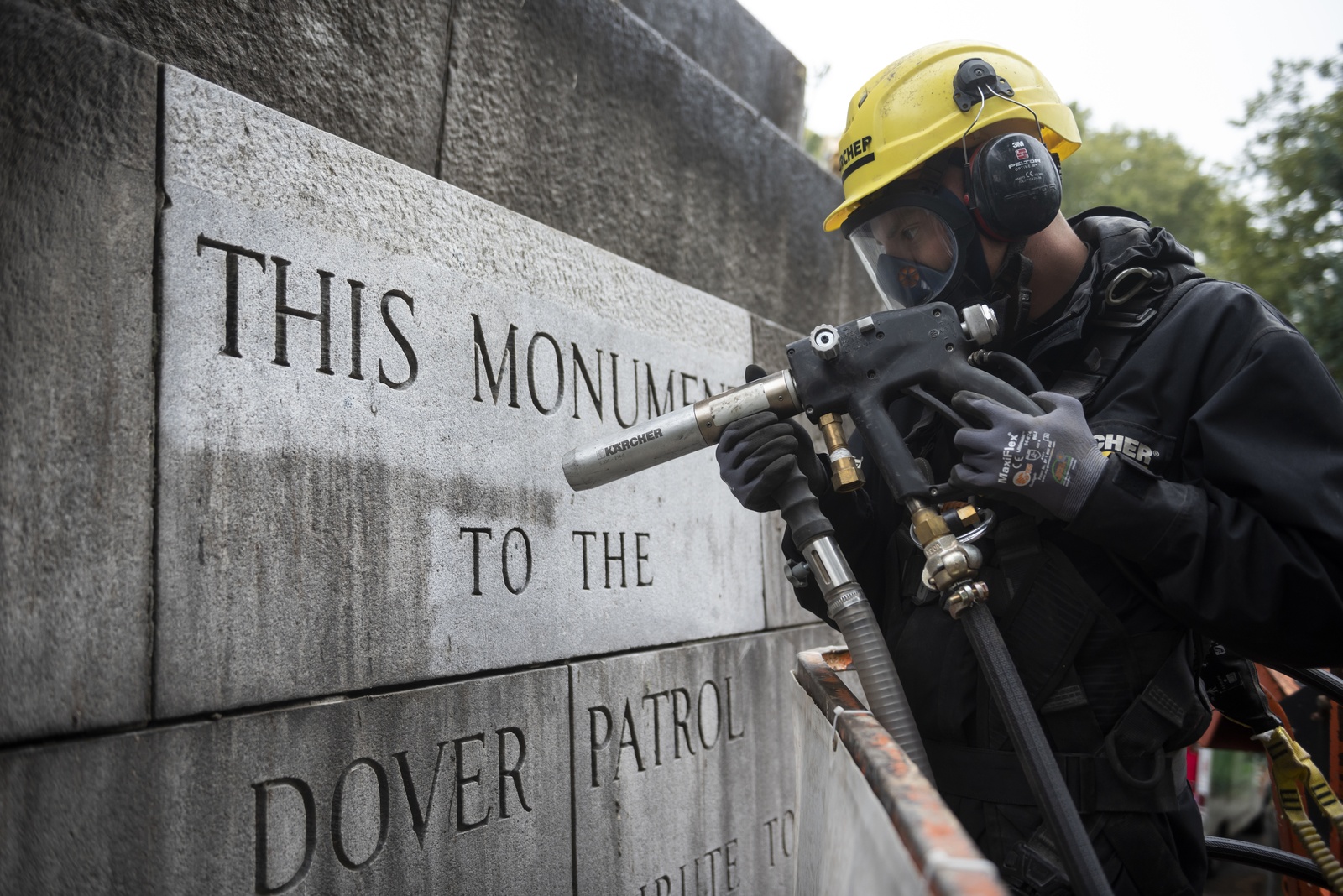 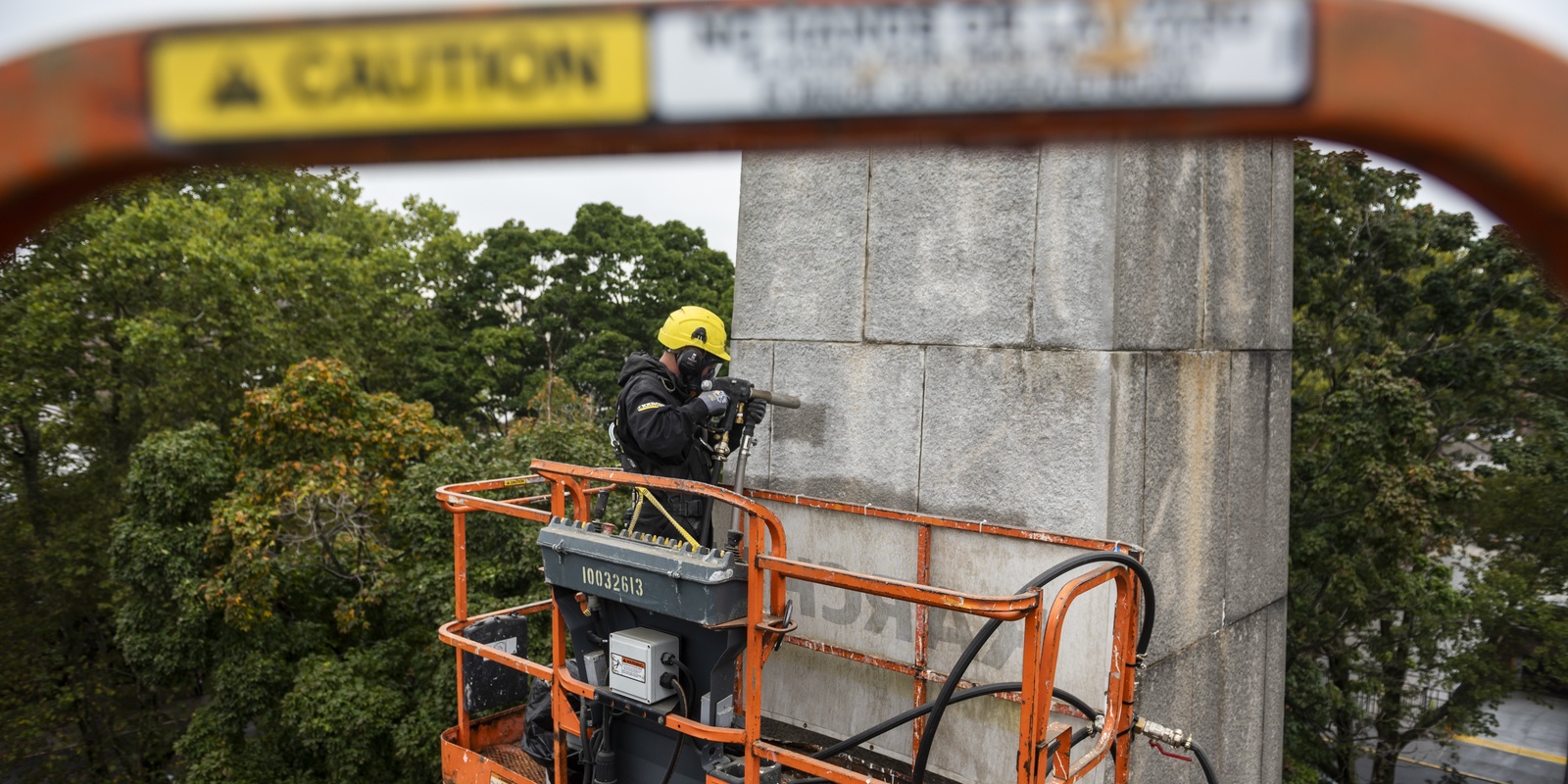 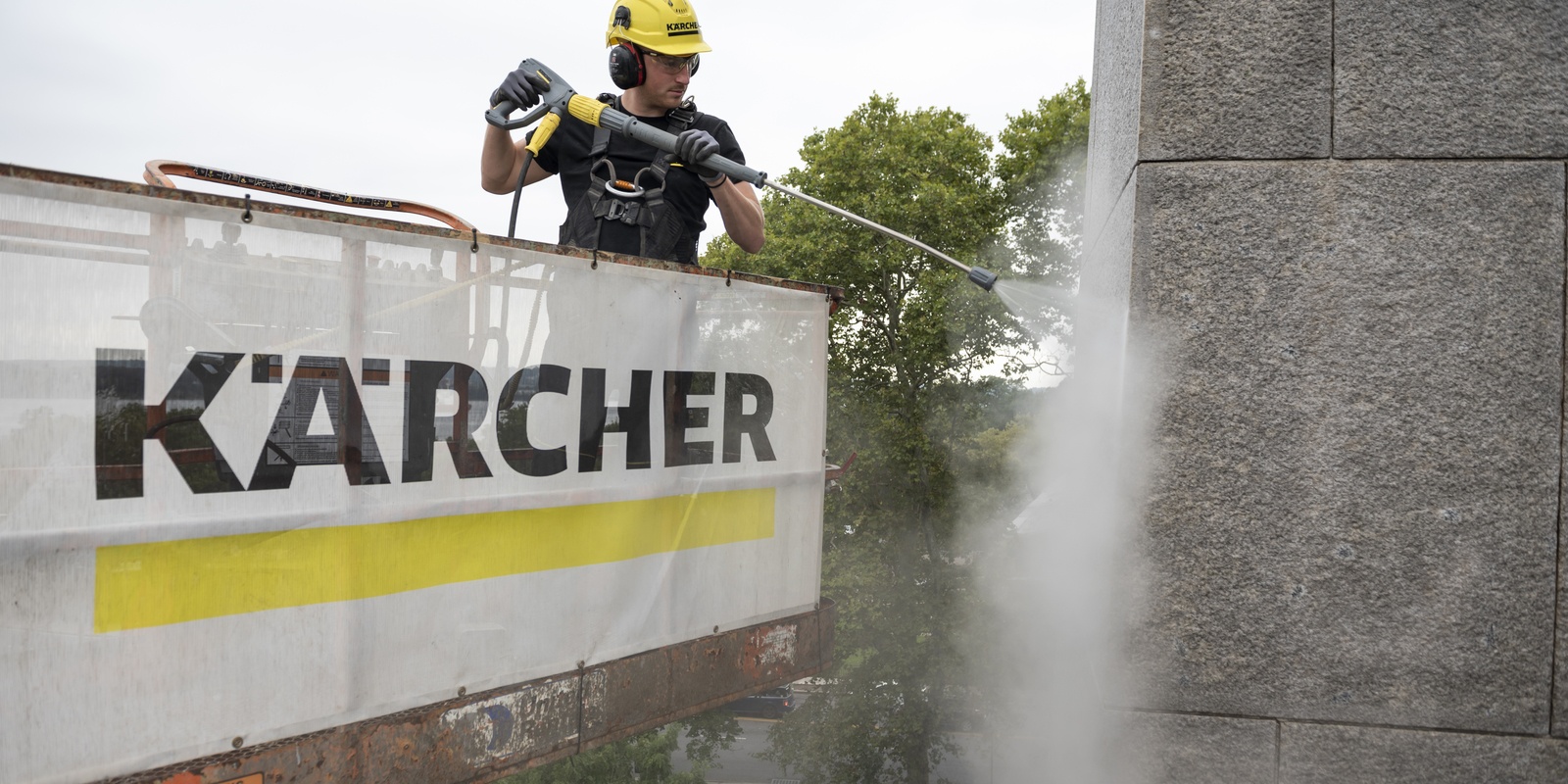 For the gentle removal of the biological growth, a steam cleaning method with 310-degree steam was used. 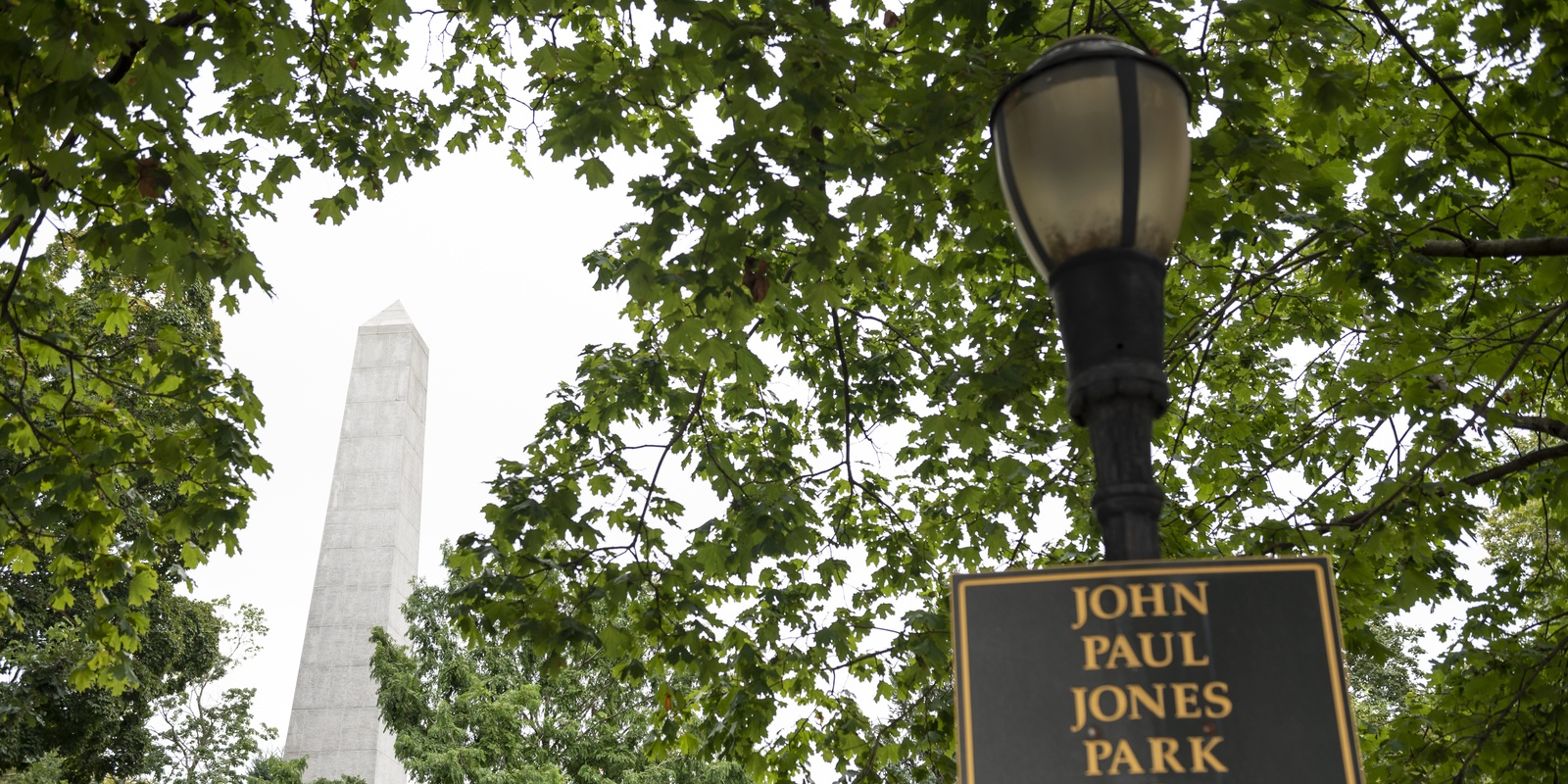 The project is timed to be completed shortly before the centennial of the World War I armistice on November 11. 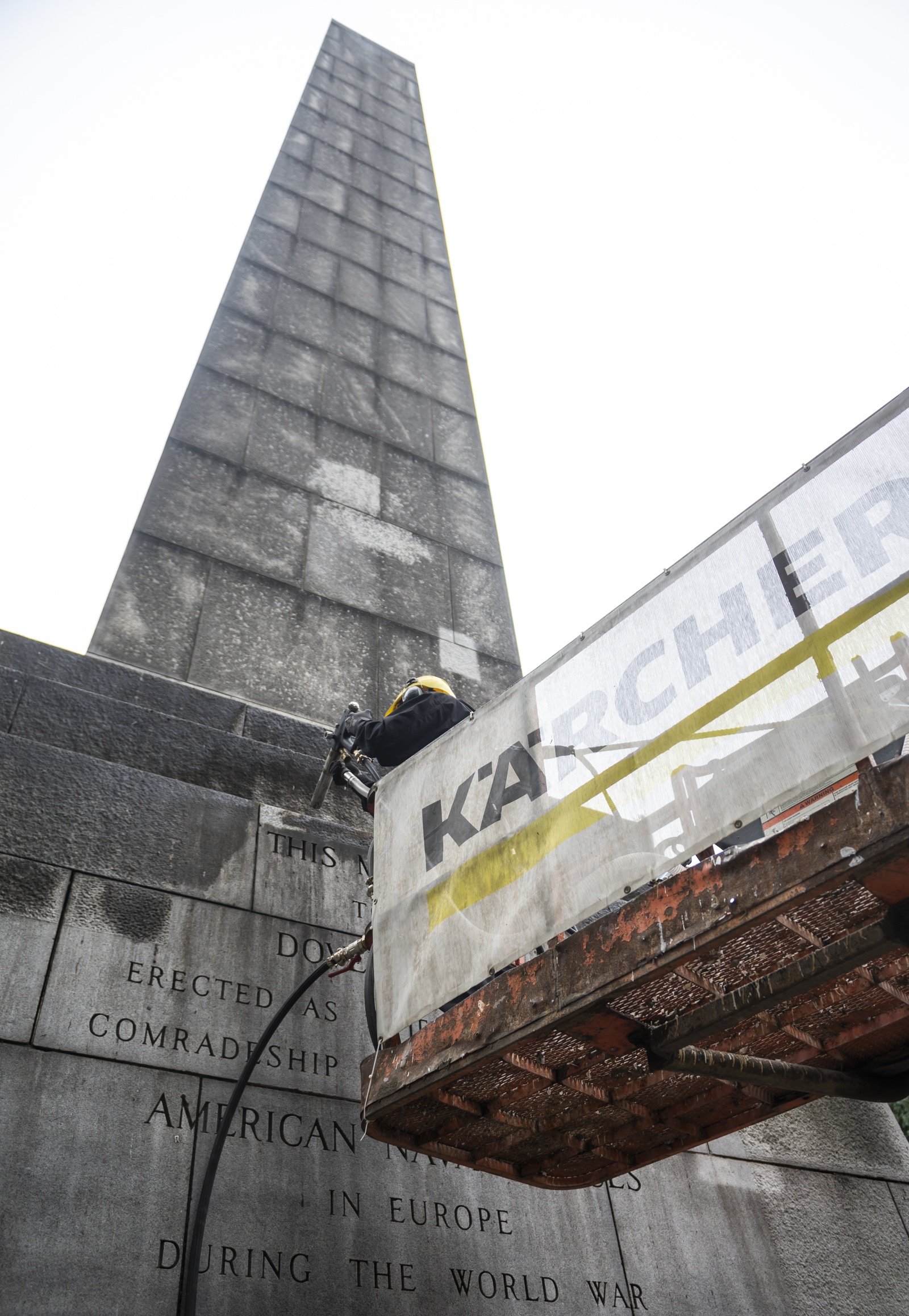 Project completion before the centennial of the World War I armistice

Following the cleaning, CMCP will repoint the masonry joints with a custom tinted mortar to match the newly cleaned Westerly Granite. This will stabilize the granite blocks and prevent water from seeping through the joints which leads to bio-growth and staining.

In addition to this project, Kärcher will also donate an HDS 5.0/30-4S pressure washer and a micro particle cleaning system for use by Parks’ Citywide Monuments Conservation Program (CMCP) for future cleaning and restoration projects.

The Dover Patrol monument was erected as a tribute to the comradeship and service of the American Naval Forces in Europe during the World War, specifically the Dover Patrol from 1914-1919, and is inscribed, “… they died that we might live; may we be worthy of their sacrifice.” The obelisk structure was built by architect Sir Aston Webb P.R.A. & Son. 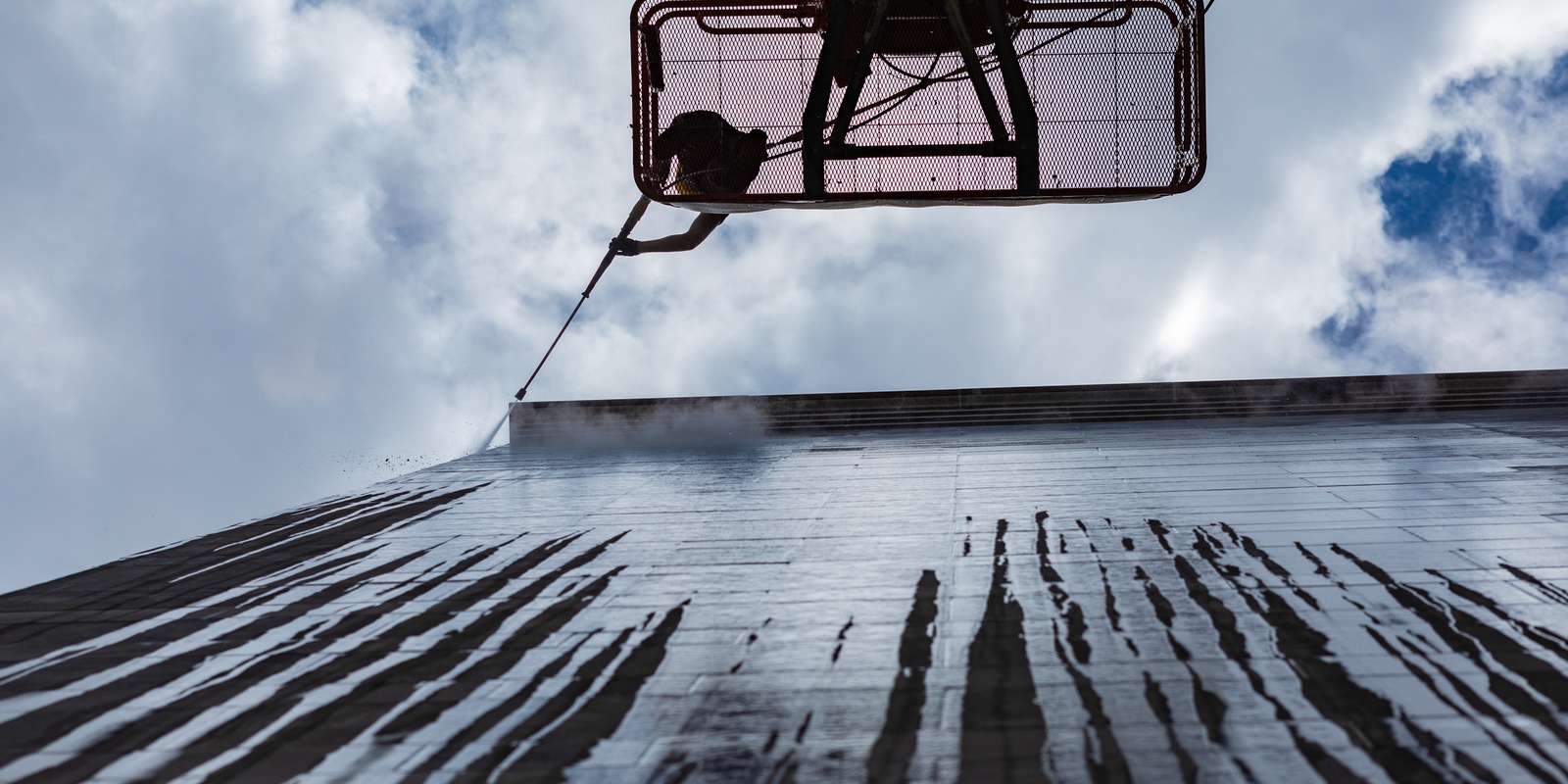 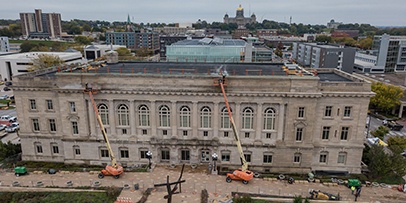 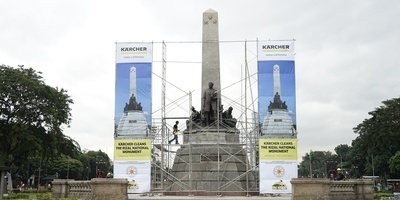