As part of its cultural sponsorship programme, the specialist cleaning company Kärcher turned its expertise to the University of Tübingen. The facade of the Neuphilologikum (Brecht Building) had been spray-painted in recent years with numerous graffiti. Application engineers from the family-owned company removed the dirt using various spray processes.

The particle blasting procedure was most effective for cleaning the concrete base of the building. Aluminium silicate (grain size 40 - 80 µm, Mohs hardness 6 - 7) was applied to the surface at high pressure with a particle blasting gun. By adding water at the nozzle, dust formation could largely be prevented. The entire lower section of the facade was then cleaned using HDS 13/20-4 S hot water high-pressure cleaners to remove the remaining dirt and emissions residues. The anodised aluminium surfaces on the upper section of the building, where there was also graffiti, were gently cleaned using the HDS 13/80 hot water ultra-high-pressure cleaner and Kärcher IB 15/80 dry ice blaster.

The Neuphilologikum, also known as the Brecht Building, is home to the departments of German, English, Romance languages, Slavonic languages, rhetoric, linguistics and media studies. The building was completed in 1974 and is today one of the most frequented in the University of Tübingen. Several thousand students use the library and attend lectures and seminars here every semester.

Eberhard Karls Universität Tübingen was founded in 1477 and is one of the oldest universities in Europe. 24,000 students from Germany and abroad are currently enrolled at the university. Around 400 professors and more than 4,000 academics teach and research in the university's seven faculties. 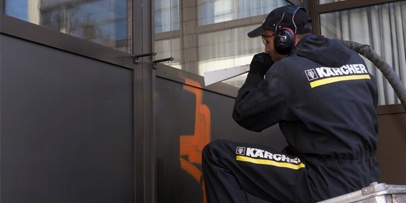 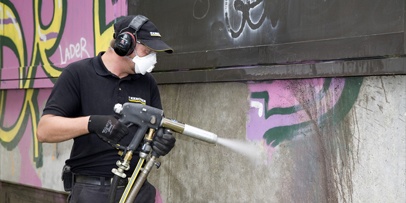 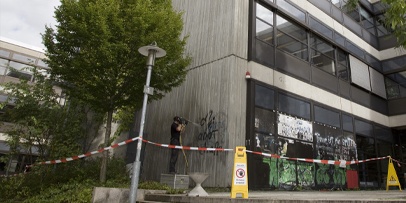