In April 2007, as part of its cultural sponsorship program, Kärcher was involved not just in preserving but in creating a brand-new artwork for the first time: in collaboration with the artist Klaus Dauven, the world's largest drawing was created on the 282-metre-long, 59-metre-high wall of the Olef dam in Hellenthal in Germany's Eifel region. The artwork is unique in its execution: instead of paint, the artist used Kärcher high-pressure cleaners as his medium. The drawing, which measures 8,000 m2, was completed in just two weeks. It is entitled "Wildlife Variations" and depicts larger-than-life-size animal motifs. These were a very deliberate choice of Klaus Dauven: "The interplay between woodland animals and fish is very appropriate for the surrounding national park and lake", said the artist.

After more than a year of extensive planning, the project began on 2 April 2007. First of all, individual points of the motif were projected onto the wall of the dam and marked with modeling clay to create a guide for the artist. Then the high-pressure cleaners came into play: by removing moss, algae and lichen, individual elements of the drawing gradually emerged. Squirrels, deer, pike, buzzards and other wildlife have been impressively depicted in the contrast between the cleaned, light-colored dam wall and the still dirty, dark surface. 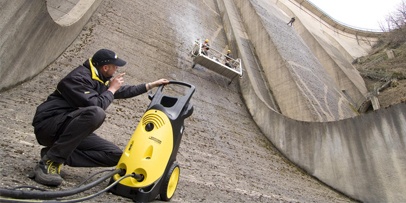 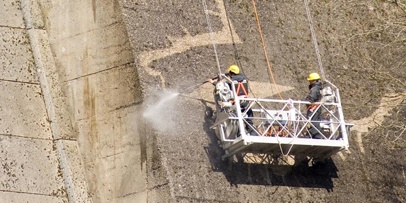 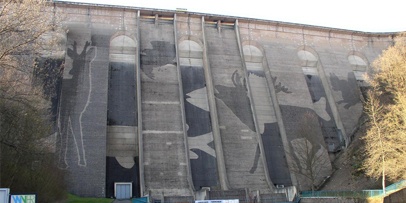